Click on the image to see a digital copy of the CoSA brochure.
Coronado School of the Arts (CoSA) is San Diego County’s premier public school arts conservatory, home to 200 scholar artists grades 9 through 12, who attend the nationally ranked Coronado High School. CoSA provides an intense, pre-professional arts education to students from Coronado and from all over San Diego, who are admitted after a competitive application/audition process.
Each school day CoSA offers three or more hours of instruction, pairing young artists with educators who are also industry specialists. With a curriculum designed by professional artist/educators, students are immersed in their chosen specialty in one of six conservatories: Classical and Contemporary Dance, Digital Arts (Animation, Filmmaking, Game Design, and Graphic Design), Instrumental Music, Musical Theatre & Drama, Theatre Production, Design & Management and Visual Art.  CoSA is a State of California-approved Career Technical Education program.
Our award-winning student artists perform and exhibit at the Coronado Performing Arts Center on the Coronado High School campus, in either the 570 seat Main Stage or 80 seat Black Box theatre.  Coronado Performing Arts Center is also available for rent to local organizations.
About twenty five percent of the CoSA budget is raised each year by the CoSA Foundation.  If you would like to see the arts continue to thrive in education, please consider making a donation at www.cosafoundation.org 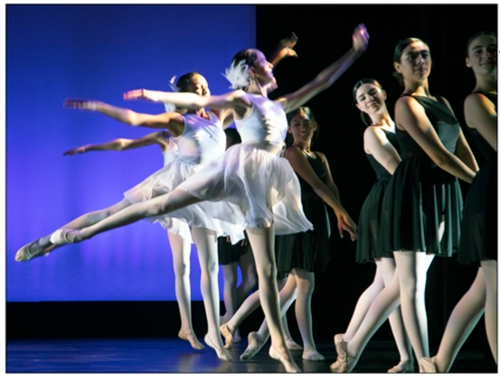 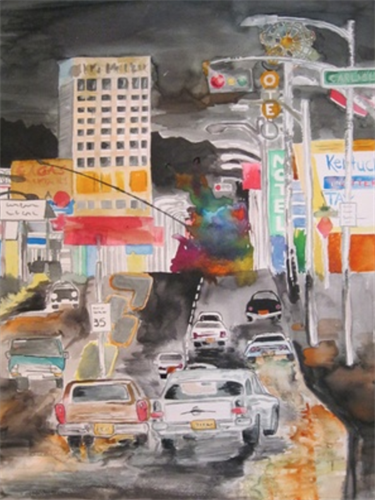 CoSA celebrated its 25th Anniversary in 2021 (due to the pandemic celebrations will continue with the culminating event being the 2023 CoSA Dinner Gala). The school was founded in 1996 by Kris McClung, a theatre arts and English teacher at Coronado High School who wanted to give students who were passionate about the arts an in-depth, curriculum-driven opportunity to pursue their dreams and develop their talents.  The school has grown from its first class of about 45 students to about 200 students in six conservatories today. Many of CoSA’s graduates pursued their study of the arts at four-year universities or fine arts colleges, and some continue to work and perform in the arts today, while others have become successful lawyers, educators, parents or are excelling in many other types of careers.
Over the years, career technical education grants, Perkins grants and other funding, including the CoSA Foundation, have helped the school expand its faculty, curriculum and facilities, which are unsurpassed in public or private education in San Diego County. The CoSA Foundation was formed to raise money from public and private sources to fill the gap between funds the Coronado Unified School District supplies to the program and what is needed to fuel CoSA’s growth and exceptional standards. To date, the CoSA Foundation has raised over $3.75 million and is critical to the continued vitality of the program.
In 2012, Shane Schmeichel became CoSA’s Director, and Assistant Principal at Coronado High School. Schmeichel relocated to San Diego from Minneapolis, MN, where he created specialty educational programs for Minnesota’s fourth-largest school district that cultivated a connection between the arts and all other subject areas. Schmeichel’s strategy is a multi-faceted approach to learning, developing programs that integrate the arts with standard subjects – making learning more meaningful and applicable to real life.
Beginning with the 2018-19 school year, Mr. Schmeichel was promoted to Principal of Coronado High School, and Tiffany Bouchard assumed management of CoSA. Tiffany Bouchard began teaching for the CoSA Musical Theatre & Drama and Classical & Contemporary Dance conservatories in 2006. She has choreographed for numerous CoSA dance concerts and musicals including most recently City of Angels; The Mystery of Edwin Drood; Cabaret (National Youth Awards Outstanding Choreography); Grease; Catch Me If You Can; Bat Boy; Big Fish; and Chicago (National Youth Awards Outstanding Choreography). Since 2014, Tiffany has been a Teacher on Special Assignment (TOSA) for Coronado Unified School District as the Career Technical Education and Visual and Performing Arts Coordinator.
In August 2020 Catherine Burling, CHS Assistant Principal assumed the role of CoSA Director.  Catherine is a native of Texas who has been in professional public educator since 2002. She joined the Coronado High School family in the fall of 2018. She also brings with her more than a decade of experience as a student of the arts as an instrumental musician and magnet school experience as both a teacher and program coordinator.
In July of 2022, Mr. Schmeichel, Director of Special Programs for CUSD is now again supporting CoSA. With all his kowledge and love for the arts we are very happy to have him back!
All students at CoSA are also students at Coronado High School (CHS), an award-winning public high school.
We invite you to “Like” Coronado School of the Arts on Facebook. Keep in touch with us—our students, faculty, alumni, performances, exhibits, fundraising events, everything that makes CoSA the bridge to creativity!
Please use the navigation to view the desired page.